The last race of the Duathlon Series took place on the 15th April with a cold and windy morning, as you can see in the image below the sun wasn’t shining in the sky but 40 of us were brilliant and blazed the promenade. 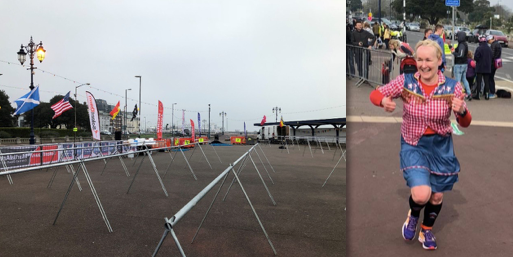 A traditional race in Portsmouth calendar organised by Rob Piggot (Believe & Achieve) well known by many of us, and as usual the feedback was great with amazing people cheering and clapping supporting all athletes and of course a special push to our triathletes. This race had a special theme, “Nashville” in honour or Rob and Dawn’s marriage and his “last” marathon. To show support many athletes racing with cowboys’ hats and western shits as our beloved Louise Miller. 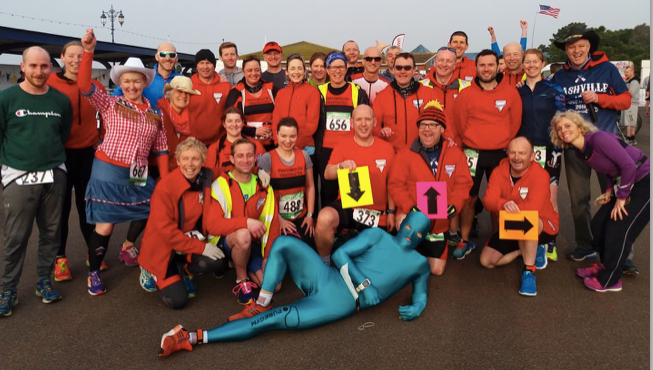 Racing the short course Mark Capocci was the first Pompey triathlete to cross the finish line in 4th overall followed by Nichol Riggot, Jenny Puszkar, Donne Caswell and Debbie Pentland. At the long course we had Piotr Meller in first and only by 15 seconds ahead of Micheal Hawkes (6th and 7th overall). Kelly Stokes got the golden place with 2 min 31 sec ahead of the second athletes. The list of athletes racing the long course go on and on and you can find the full list HERE.

What not many people know is that in the Portsmouth Duathlon Series sum the total time race after race to crown the Winners and making and extra race for the golden title. Last year we had two of our athletes in the highest spot in the podium. In 2018 the race got bigger and catching some great athletes attention making more competitive in every aspect. The best way to illustrate that is with the 7 milliseconds that separated Kelly Stokes from the first place this year. Yes, 7 milliseconds! That will make us all to do an extra effort and push beyond the limit next year! Kelly must be lauded for overcoming a serious deficit from Leg 2 of the series to set up one of the most fantastic finishes we have ever seen to the series