We just wanted to say a big thank you to you all for supporting us during this crazy time, we have really enjoyed seeing you at all the ZOOM sessions we have been running.

We will however be taking a break during Aug / September, but we just wanted to reassure you that they will be back in the autumn, both the Turbo sessions and S&C.

Also Horizon have advised that very soon we will be able to resume our Wednesday evening swimming sessions, albeit in a very socially distanced Covid-19 way.

As soon as I have a definite start date I will let you know. The numbers will be limited and it will be pre-book / pre-pay only.

Following new guidance being published by BTF our Welfare & Safeguarding Officer Kevin McTaggart has agreed to take on the additional role of COVID-19 information officer.

Like me, I’m sure that many of you have been tracking the progress on COVID-19 restrictions and amendments to Government regulations.

The loosening on exercise rules will be widely welcomed and it will give a much needed additional outlet for those of us feeling a little cabin feverish.

Although you will have noted the tantalising mention of the return to open water swimming we need to be clear that as a British Triathlon Club we will not be able to provide any endorsed or supported swim activities until our governing body has made it clear that we can do so; this is not likely whilst social distancing measures remain in place.
During this period where BTF is not supporting open water activities we will also request that members refrain from posting details around organising and conducting swims – this will keep us on the right side of our governing body. Unfortunately, any posts that deviate from this will be removed from the club page. There is no objection to posting personally, or on other groups, but we can’t currently be seen to endorse it.

While our club activities can’t take place I’m sure many of you will be returning to the ocean deep, so a reminder. Even though all club swims are conducted “at your own risk” it is always as part of a community, with an element of overwatch. If you do choose to return to the open water please remember that you will need to make a full assessment of the conditions and consideration of your own ability, whilst maintaining social distancing; we know what a challenging place to swim the Solent can be and it would be easy to become complacent with it on our doorstop and a regular feature of our lives.

However you choose to enjoy the limited relaxations and enjoy your exercise, stay safe, stay alert, stay smiley.

I’m sure you are more than aware of the current set of unprecedented international circumstances and the impact this is having on almost all aspects of our lives – even triathlon!!

Following the release of updated advice from the British Triathlon Federation that can be found at the link below there is a recommendation to cease all face-to-face club activities, this includes group coaching sessions, meetings, and events.
https://www.britishtriathlon.org/important-information-on-c…

This obviously means that there will be a significant change to our club training programme, but fear not, your coaches are innovative and are looking at ways to keep you entertained and enthused as much as we can. Jo Lovell has proven the virtual spin session concept tonight and we will look to utilise this app for other coaching discussions and training sessions over the coming weeks. Andy Elder has also posted about making the club turbo trainers available for those who can’t otherwise join in.
Where the restrictions still permit training to take place we will also post the planned sessions up so that you train independently where possible.
The App you will need for future spinning and other sessions will be Zoom – https://apps.apple.com/…/app/zoom-cloud-meetings/id546505307

The restrictions will obviously impact our ability to conduct the Goodwood Duathlon and we are currently in discussion with the venue to establish what can be done to reschedule and once we have a firm understanding of the future of the event we will send out an email to all entrants to clarify the details and the options available.

In addition due to the postponement of many events to the end of the year, we have made the decision to cancel the Portsmouth Triathlon this year. This is to avoid the overcrowding of events and to allow our members the opportunity to take part in other events. An email has already gone out to all entrants.

Obviously the most important aspect here is to stay fit and healthy so that you can enjoy any remaining events and stay in great shape when the racing calendar does eventually restart in earnest. Please pay attention to Government advice and obviously it goes without saying that social distancing is far easier to achieve if you can swim, bike, run faster than those around you (Zombieland rule 1 – Cardio).

Look out for those around you, look after yourselves, look out for notifications on FB for further information. 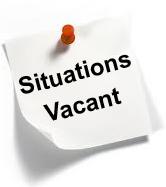 The management committee needs to appoint to the vacant position of club Secretary.

This is a key role within Portsmouth Triathletes which has the primary role of ensuring the club operates in accordance with its own constitution and promotes the values of Triathlon England. The administration functions of the post include arranging and minuting the meetings of the management committee and organising the AGM. The Secretary also has the responsibility of ensuring the club has its various affiliations in place as agreed with committee.

Full training will be provided for this role. Please contact Andy Elder at treasurer@portsmouthtriathletes.co.uk for details

After a busy and successful year for Pompey Tri,  much fun and frolics were had at the end of season party & awards held on Saturday 30th December!

There was cake, there was dancing and there were lots of Hawaiian Garlands! Must have been something to do with the nautical/Hawaii Kona theme, which proved very popular indeed!

For those that were unable to make it and as a reminder to those who did, here are a few pictures of the night and a list of the official Portsmouth Triathletes Award Winners 2019!

Supporter of the year: James Douglas

Volunteer of the year: Rachael Fair

Cake – the fourth discipline of triathlon

The AGM will again this year feature our famous Bake Off! Bring a plate of home-baked goods (labelled with what they are and contain but not who baked them) and we will ask the assembled triathletes to taste and vote for their favourite cake – purely for fun but obviously deadly serious!

Please come and support the event. We need at least 10% of membership present (that’s nearly 60 people!) to be able to hold this meeting which will decide vital next steps for the club and of course who has won the bake off! On that note, bring a plate of caked goods or just come as a ‘judge’ – the choice is yours!

Remember, this is not just an AGM, this is the Pompey Tri Club, superbly smooth, no faffing about AGM running efficiently by our esteemed leader giving us plenty of time to chat, and of course eat cake!

Have you got your ticket yet?

The club will now be put forward for the Triathon England National Awards which will be held on the 9th November 2019!

Well done Tribe! and good luck on November the 9th!!

We had a glorious sunny day for it with competitors taking part in Sprint and Olympic distances. We would like to thank all the competitors and marshalls that made the event such a success.

A full list of results can be found here