Skip to content
This month of November 2018 we have at the Meet the Members section, one of our oldest members, and I am not saying only of years of membership, no no!
Just completed 86 years old John Brothers gave me the pleasure of not only ask a few questions, but let me interview him, with a nice cup of tea and cake (of course) at his hand, he told me a few stories that I would like to share with you. 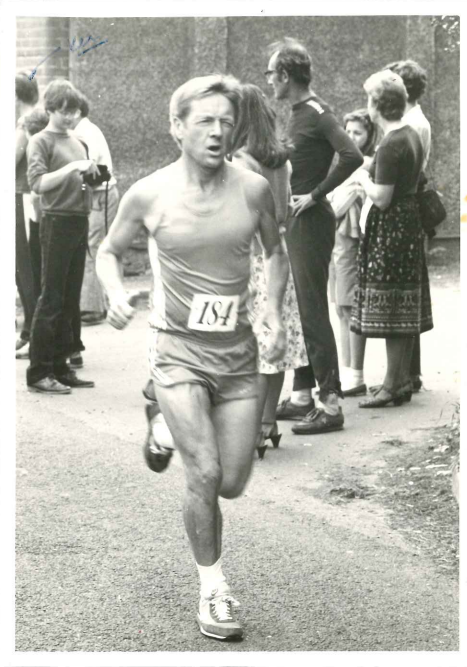 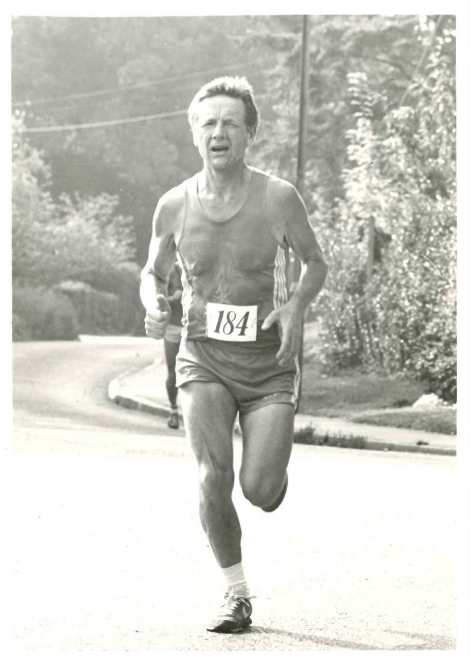 Natural from Portsmouth and born in 26/1/1932 John lived in exciting times some goods and others not that good as war periods, although we are here to talk about sports. Everything started just after leaving school at 14 years old when a friend said to him to sell his motorbike to buy a push bike. He said that the motorbike and the pushbike were the same price 38 pounds. Very similar to nowadays where most of the bikes we have costs more than our cars.
Few years later, after another friend’s suggestion he went to  watch a cycling race at Goodwood circuit (just like our Club event). He got amazed with the event, all the bikes. Also shared in confidence while Carol was making another cup of tea, that day he meet this beautiful brunet who he kissed in the grass watching the race. After that day he got hooked – for cycling of course, and kept cycling until 1960.

His major achievements as a cyclist is: 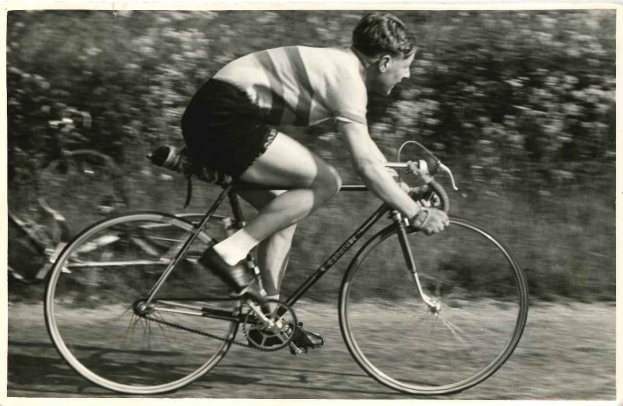 In meantime John also had a normal life, got married, and after a while he changed the bike for a boat. While his lovely wife was riding horses, he was racing dingy. Proof of his addiction for competitive sports and speed. And don’t think he was joking about it, he took part in the UK nationals until he was 45.

Now in 1976 in a business party a though stroke John just like a lighting, looking all those people “drinking like fish” he though “this is ridiculous” and in the next day he stopped drinking and start jogging. A secret between us, he started jogging at the track, not like most people would start right?!
Around 1978/9 he joined Portsmouth Athletics Club and raced for the first time at Brickwood 5 mile at age of 47 his time was 35min.
1980 John becomes part of the Veteran Athletics UK, at this time Portsmouth Athletics was considered the top notch in England with the best athletes and coaches in the whole country. John as part of veterans, training mainly in the track, round and round, and racing on roads (5 or 10 miles, or 10 km).
Back at this time, women were not allowed to race on roads, they were limited only to 800m on tracks. Can you imagine that? It is hard to believe, and John had the same though and when he got in charge of the old Brickwood race, changing name to Rossol, it was the first edition and one of the first road races to allow women to participate. Now this race is know was Victory 5mile and organised by Portsmouth Athletics. 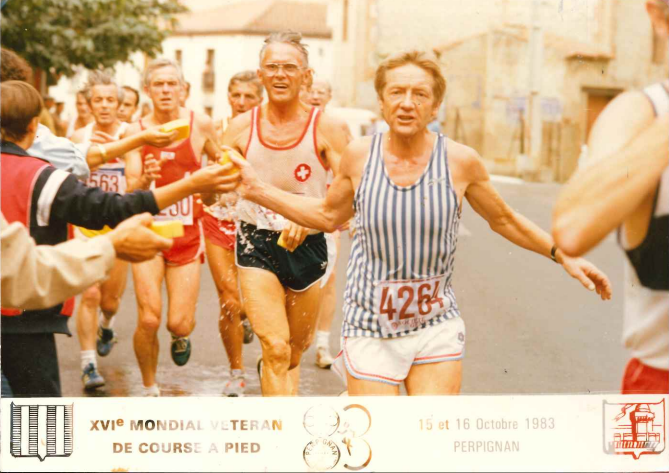 1990 – Havant – Now coaching Male and female veterans – First time he saw Carol. She was running for Victory. He confess the he wanted her, he meant, on his team, of course.
2000 – John saw a advert about the Try a Tri organised by Portsmouth Triathletes and thought that could be fun. Got his bike in the shed and signed up for it. He swam “Side stroke” for the race and that was his first ever triathlon. With a goal of improve his swimming he joined Alex Campbell lessons. Funny enough Carol was in the same swim group. But focused and with intensive training he won the Hampshire 50m gala, and this time front craw.
Around 2008 John starts to coach running for Portsmouth Triathletes at the track twice a week.
His last race was at 82 years old at Southsea Parkrun smashing a time 32min.

John is not responsible for any athlete officially, but he is always around, giving tips, advises, training plans… and some best motivational quotes, like:

“At the start line you need to say to yourself: I’ve done the training. I can do this!” 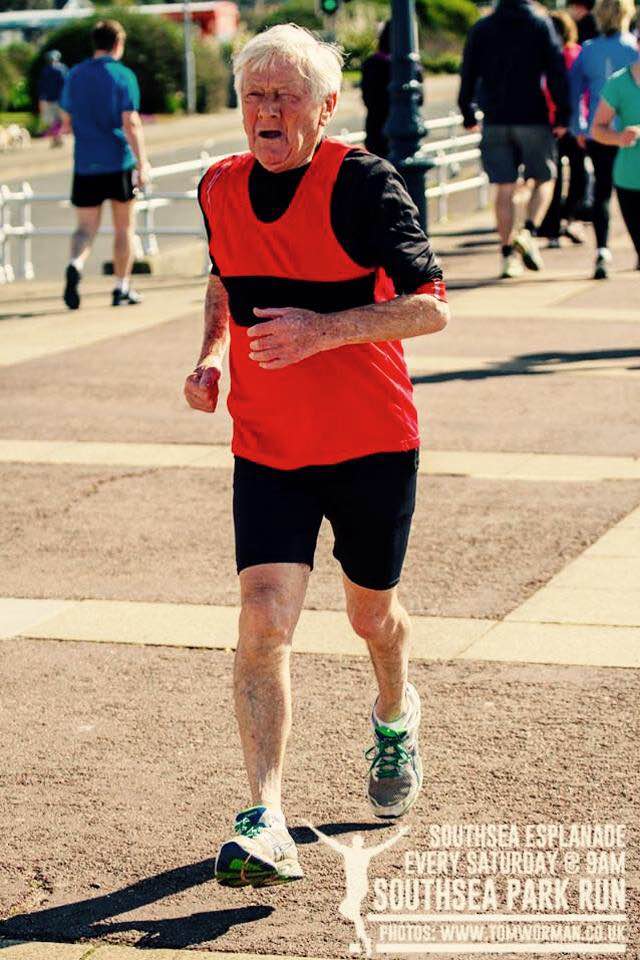 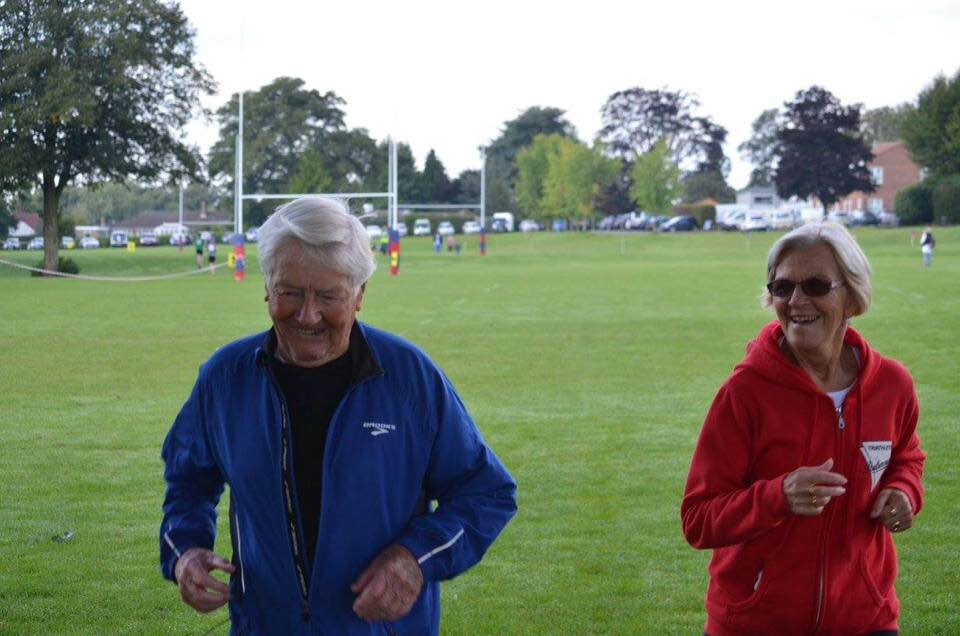