The saying goes that a volunteer is worth ten pressed men… one bright Sunday morning an intrepid group of 14 met at the beach huts to cycle to the ferry for the start of their IoW adventure.  Some were hardy triathletes, some were definitely ‘pressed men’….the mood was somewhat subdued as they contemplated what lay ahead, for some this would be the farthest they had ever ridden on a bike.  By 8am they had arrived at the ferry port and been met by another twenty or more assorted volunteers and conscripts of Pompey Tri.  Spirits raised as routes and hopes were discussed on the crossing and by the time they landed on the island the optimism was palpable.. 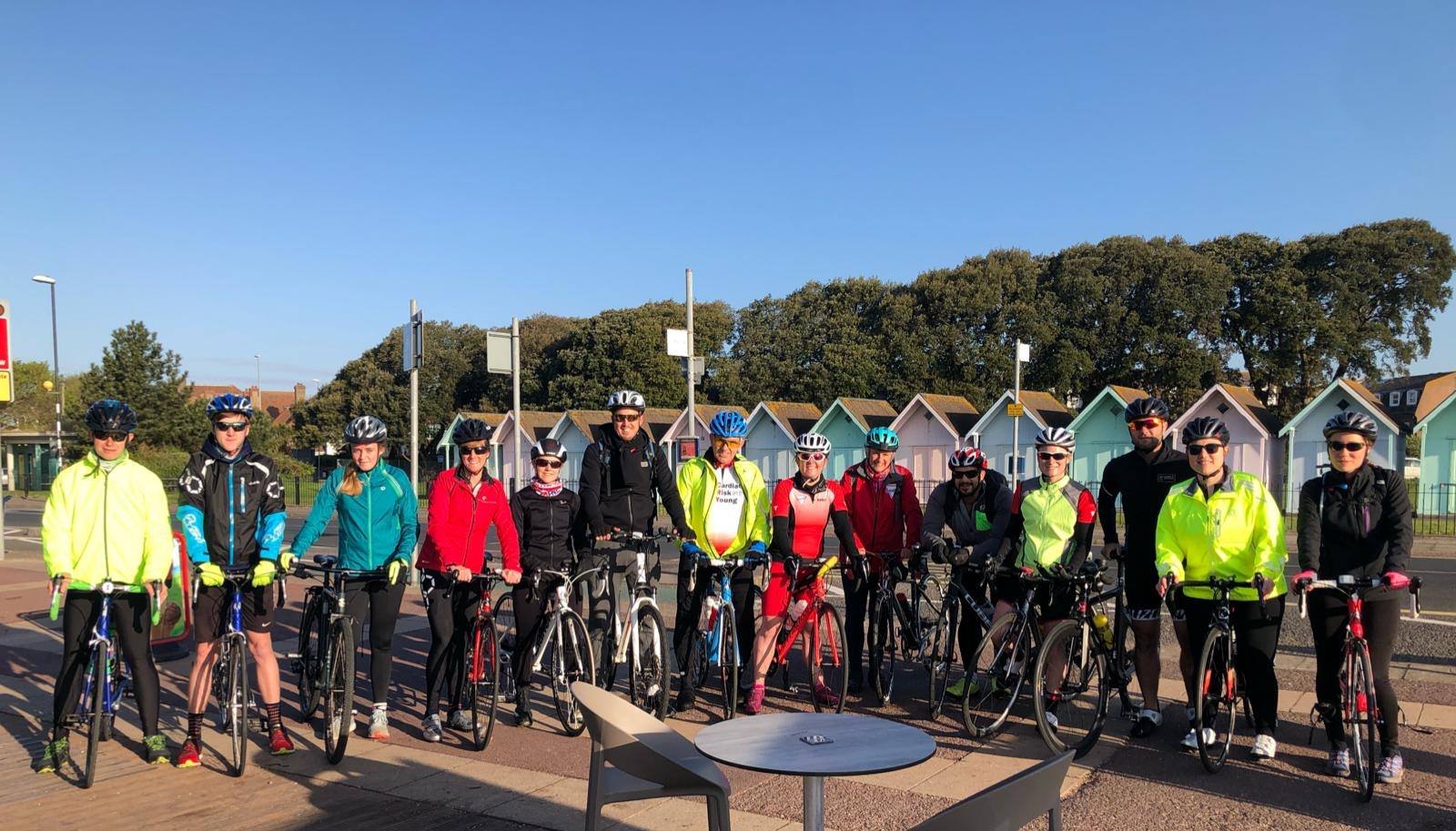 Once on dry land, the mob of 34 formed into smaller groups based loosely on ambition, ability and propensity to stop for cake..  Then they were off, with 100k ahead for some and 55k for others…some aiming for quick times, some to break distance firsts and some just hoping to make it back to the ferry before dark!

The stops on this ride are frequent and well-stocked with locally made sandwiches and cake – the Wayfarers Cycle Touring Club use this as their main fundraiser each year and, as the event is free to enter, the sale of baked goods is their main source of event income …. Pompey Tri made a sterling contribution to funds!

Each stop saw different groups of friends meeting up, sharing stories of the last leg and making plans for the next one.  Between them the valiant 34 had punctures, period pains, muscle strains and failing chains…but whatever was suffered by whom, there was always a friendly face from the tribe to lend equipment, moral support, advice or all three. Much laughter and many smiles were seen in the face of adversity that day. 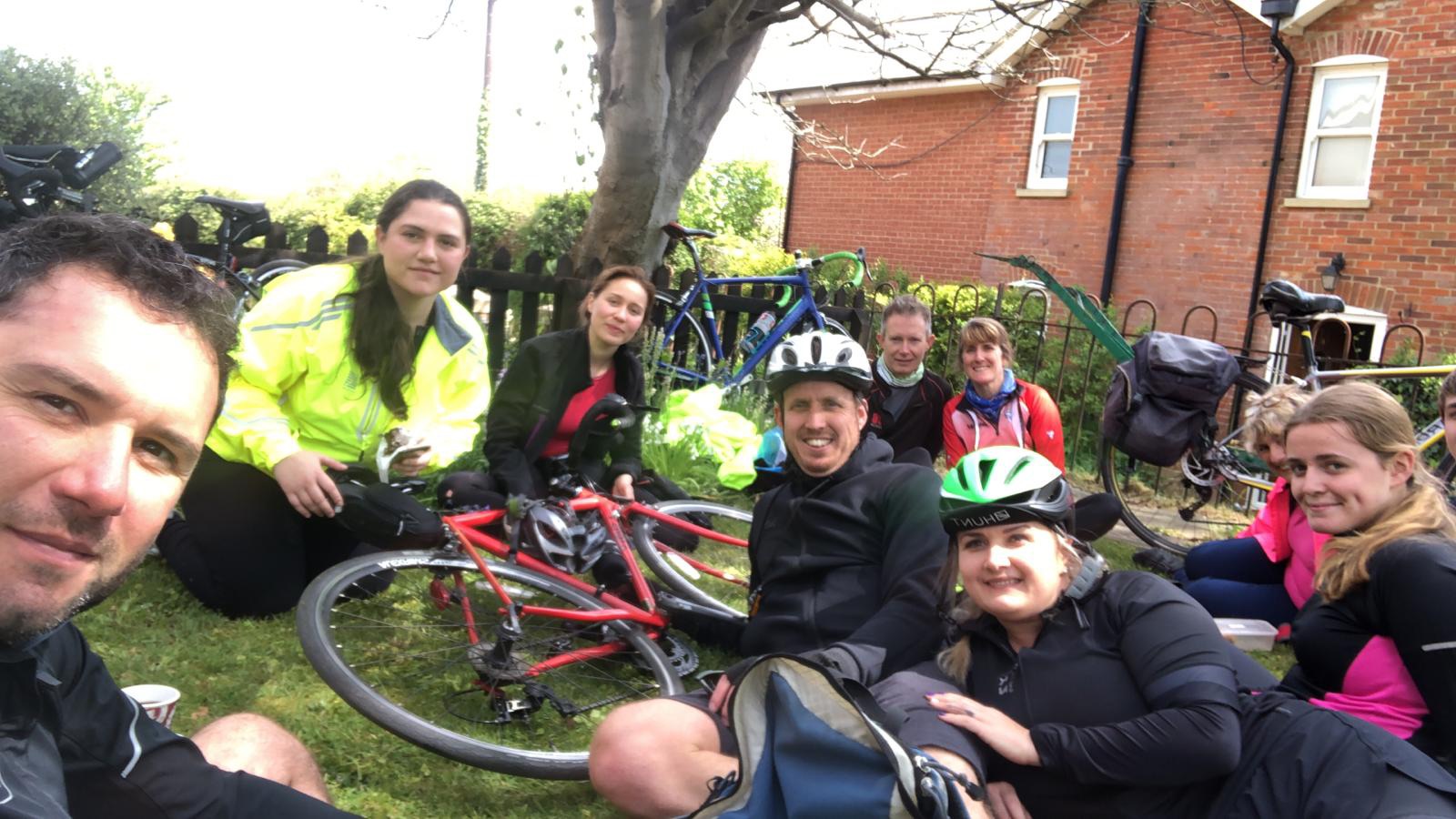 By the end of the day 22 of the tribe had completed the 100k route around the whole island and another 12 had undertaken the far harder task of 55k of riding whilst eating their own weight in cake en route!!
Fabulous scenery, beautiful weather, brilliant organisation but as always and above all, the amazing camaraderie of riding en masse with your tribe makes this a ‘not to be missed’ event for cyclists of all levels (there was even a group who did it on Bromptons!) The final word from the ‘pressed men’ was that next year they will be back…….. as volunteers. 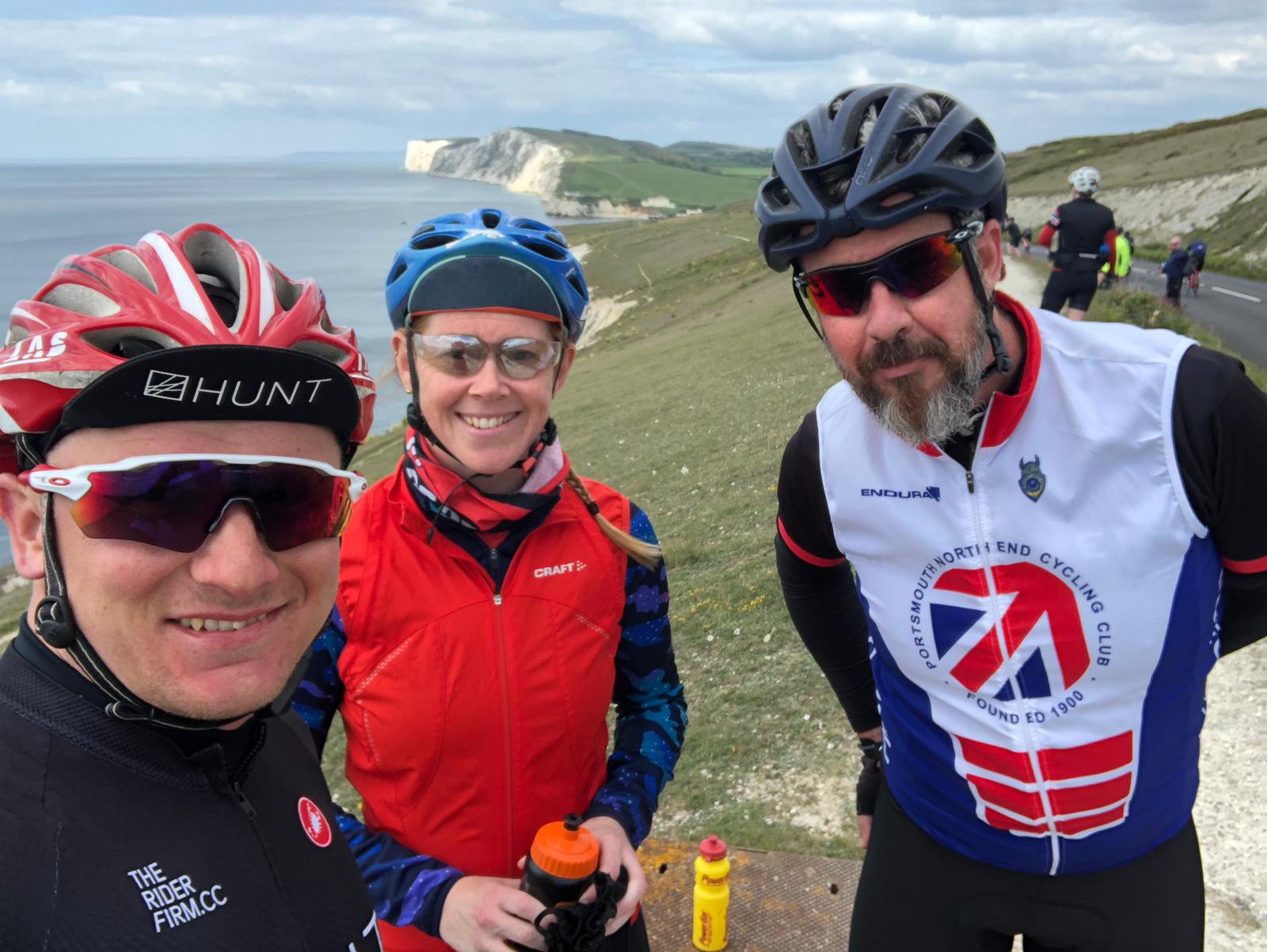